The new regulatory requirements imposed by the Swedish Energy Markets Inspectorate (Ei) mean that grid operators must secure themselves against shorter outages. Öresundskraft opted to invest in two mobile distribution stations to be on the safe side. 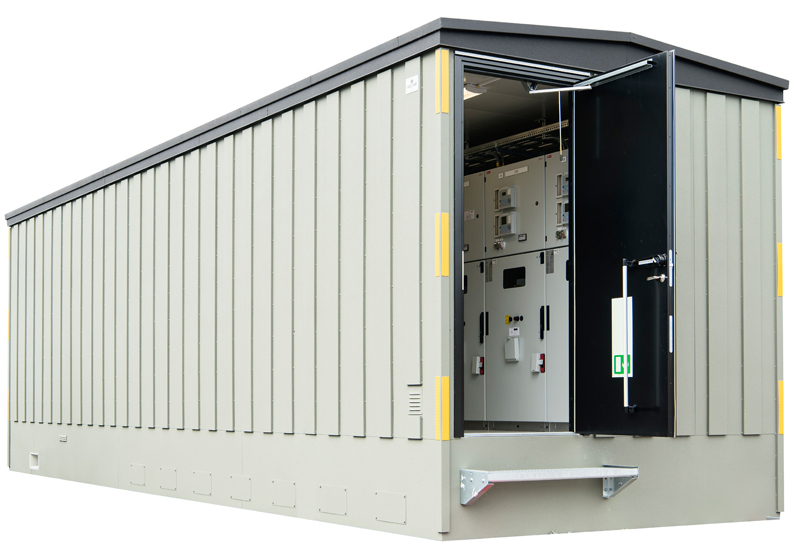 Öresundskraft’s Peter Johansson has worked together with Holtab on several occasions over the last ten years. As project manager for Sweden’s seventh largest grid operator, he had bought substations and various kinds of electric power solutions.

“It’s easy to work with Holtab. They are good at meeting our requirements, and even though I mostly bought standard products previously, I appreciate their ability to always come up with flexible solutions,” says Johansson.

In spring 2015, Peter was giving some serious thought to alternative solutions to meet Ei’s new requirements in the event that Öresundskraft’s distribution stations should fail. He then visited Holtab’s stand at the Elfack trade fair and discovered that there was a product just for the job.

“It was interesting to see how they chose to tackle the solution. At first I thought it would require a specialised solution, but Holtab had decided on a more standardised product, so we sat down and began to discuss how to proceed,” recalls Johansson.

The setup included coming up with a station that can cope with being moved around on a trailer. When a mobile distribution station has to be put into operation, it must not involve time-consuming procedures requiring special transport permits.

Andreas Thern is Holtab’s sales manager for Sweden and was responsible together with his colleague Johan Andersson and project manager Michael Martinsson for the delivery to Öresundskraft. This is what he had to say about the ideas behind this new niche product:

“We noticed that it had become ever more important for our customers that we could offer a mobile distribution station. At first we really only saw it as an extra service rather than a specific product. Now, however, greater security and risk minimisation have in some way become a new everyday reality.”

“This product is designed to be used temporarily while the main distribution stations are being repaired or refurbished. So the mobile stations must be of very high quality while also being rugged and able to withstand somewhat rougher handling as they have to be moved at regular intervals.”

Holtab has now delivered two mobile distribution stations to Öresundskraft, who are extremely satisfied with them.

“We keep them on standby and I am sure that we will now have shorter outages in the event of a fault in our distribution stations,” says Johansson.

Schneider and Holtab revolutionise the substation

Together with Schneider, Holtab has developed a prefabricated 60/20 kV substation. European Energy in Denmark placed the order. "This is revolutionary," says Holtab's Country Manager for Denmark, Ebbe Klarskov.→

Backup power for the crisis centre in Karlshamn

Holtab has helped to arrange backup power for the Östralycke retirement home located outside Karlshamn. In addition to being one of Sweden’s most modern retirement homes, it will serve as an assembly point and crisis centre in the event of a future crisis.→

When the Ryhov County Hospital in Jönköping constructed new buildings and refurbished its power supply system, Holtab ensured that modern switchgear was in place. Delivery was fast and took place in close coordination with the client, Line Assembly.→

A customised plug-and-play solution that can be quickly put into operation directly on-site.→

Working with Tesla on new innovations

Holtab has supplied several customised substations to Tesla, fully adapted to their supercharger concept. The aim is to promote the development of products for the charging infrastructure of tomorrow.→

In the village of Simris, a few kilometres south-west of Simrishamn in Österlen, an exciting project is being run with renewable and locally generated electricity. Holtab is one of the subcontractors.→

Holtab’s distribution stations are based on an innovative way of working: they are built in a factory environment and supplied to the customer fully tested and ready for use. Three of these stations were delivered to Kraftringen.→

In cooperation with Schneider and NRGi, Holtab delivered a complete mobile station with switchgear and control equipment.→

A total concept for solar parks

European Energy AS now operates 65 onshore wind farms and 29 solar parks in Denmark. Together they generate clean energy to meet the needs of more than 370,000 Danish consumers. Holtab has been an appreciated partner for many years.→

When successful racing team Cyan Racing built new premises, they also made sure to boost the capacity of their engine tests.→

In the past, customers simply ordered a standard station on the basis of their needs. Today’s approach is rather different. They are going for long-term agreements which already cover a functionality and technology fully prepared for the expected requirements of tomorrow’s systems.→

Bro Galopp enjoyed its first race meet on 1 June 2016, a little over two years after construction of the racecourse began. Holtab’s products operate behind the scenes to guarantee a reliable power supply.→

Holtab’s distribution stations have been described as an innovative project in which they are built in a factory environment and supplied fully tested and ready for use. Our collaboration with E.ON Elnät has led to further optimisation of these procedures.→

When Emballator decided to install an additional painting line, an existing transformer stood in the way, and in any case greater low-voltage capacity was needed. The solution was to place stations outside the building and make holes in the wall.→

Technical buildings for the tunnels under Hallandsåsen

Two 8.7 kilometre parallel railway tunnels have been built to increase the traffic capacity over Hallandsåsen. As a subcontractor to our partner Goodtech – just like the assignment for the Stockholm City Line (Citybanan) – Holtab delivered a large number of substations and technical buildings.→

A 6-km commuter train tunnel with two new stations has doubled rail capacity and facilitates transfers between commuter trains and the underground, as well as saving commuters many precious minutes.→

Vattenfall is one of Europe’s biggest players and investors in wind power and currently operates some 120 wind farms in Sweden. One of these is Hjuleberg in Falkenberg municipality.→

A sorting plant was built in Moskogen, in Kalmar county, to separate food and non-food waste. Holtab was responsible for the power supply to the plant.→